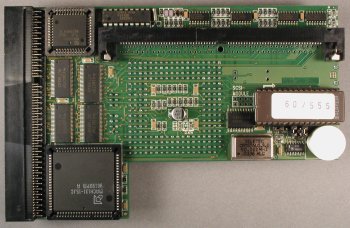 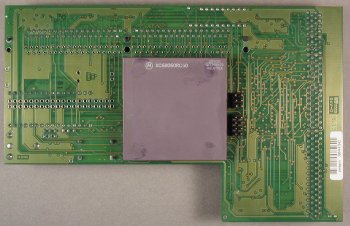 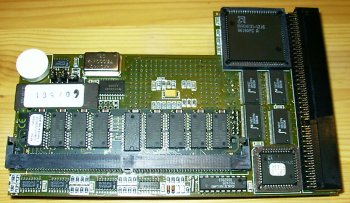 An accelerator which plugs into the trapdoor slot of the A1200. It has a battery backed up clock and is PCMCIA friendly. An optional SCSI-II controller was available for this card. An additional SIMM socket could be fitted by the dealer, or the end user if they were competent enough. The 66Mhz version of this card uses a 50Mhz 060 which has been overclocked by the manufacturer. Note, the Magnum 1260 is likely to be a rebadged version of this card. The Apollo 1260 is really the same card as the Apollo 1240 except that it's been fitted with a power converter because the 060 is 3.3V and the 040 is 5V.

The SCSI interface's autoboot option should be turned off if there are no bootable devices or any devices at all attached to the SCSI bus. This prevents a 30 second delay while the system attempts to detect bootable SCSI devices. It is possible to upgrade this card to an 060 with an appropriate voltage regulator.