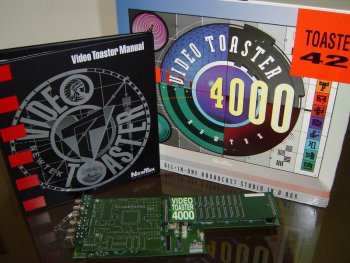 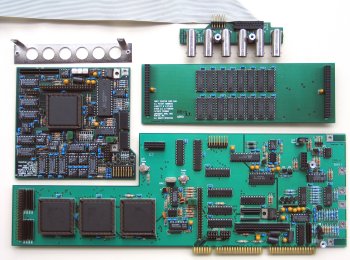 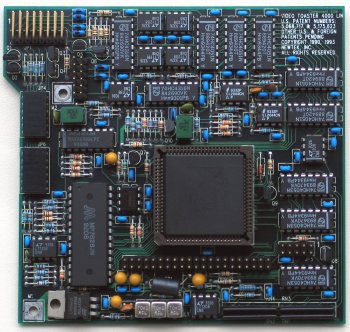 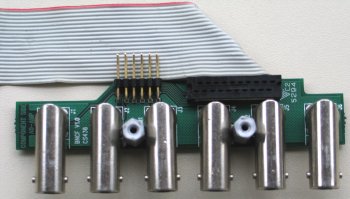 
The Toaster 4000 is a newer version of the popular Toaster 2000 which is better suited for installation in an A4000s video slot. The Video Toaster is an extremely powerful piece of kit and helped make the Amiga famous in video production circles. An Amiga with a Video Toaster was capable of producing effects comparable to dedicated systems costing many times as much. The Video Toaster in conjunction with Lightwave helped produce many TV programs and films including Babylon 5, Seaquest DSV and Terminator II.

The Video Toaster 4000 contains a genlock with 24bit display framebuffers and video capture facilities. Unfortunately the Video Toaster is NTSC only and a PAL version, although considered was never made. This card can still be used in machines without the AGA style video slot, such as the A2000 and A3000 however not all features will be available. In particular some effects and wipes require AGA. In order to use the Video Toaster it is recommended that you have at least an 030@25Mhz, RGB Monitor, Composite Monitor (2 Composite Monitors for preview and program), 10MB RAM (2MB Chip + 8MB Fast) and video signals must be time base corrected.