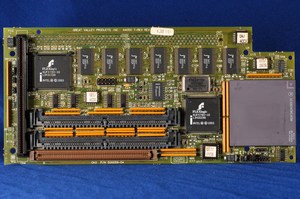 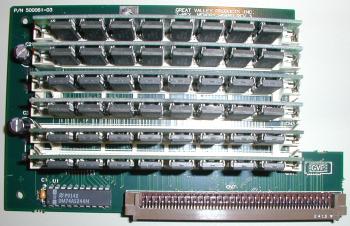 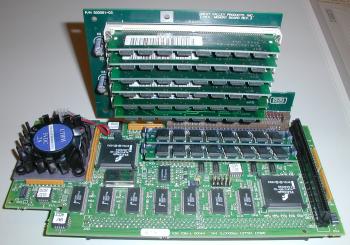 There are two slightly different versions of this card. One intended for use in A4000 machines and another which was intended for use in A3000 machines. It is not known what the exact differences are, but perhaps the A3000 version does not require the infamous INT-2 fix or the A3000 may use lower profile SIMM slots due to height restrictions. The card contains two expansion connectors, one is used for adding the additional RAM board whilst the other was intended for local 32bit expansions. GVP has planned to release a SCSI-II controller for this expansion port but it appears that no local expansions were ever made